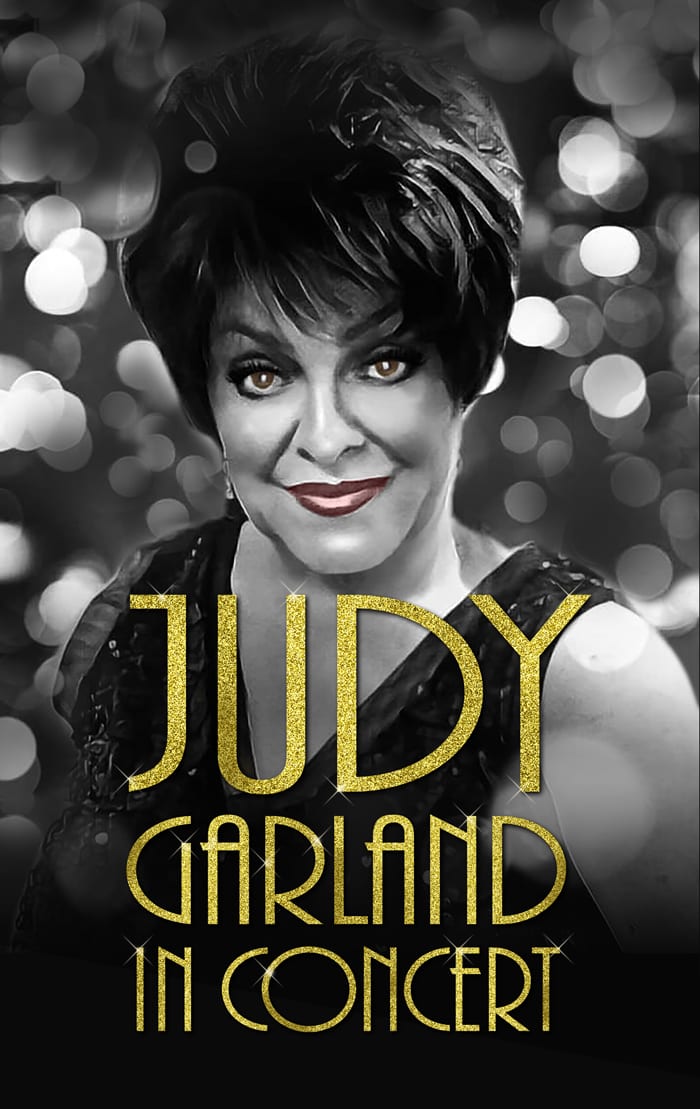 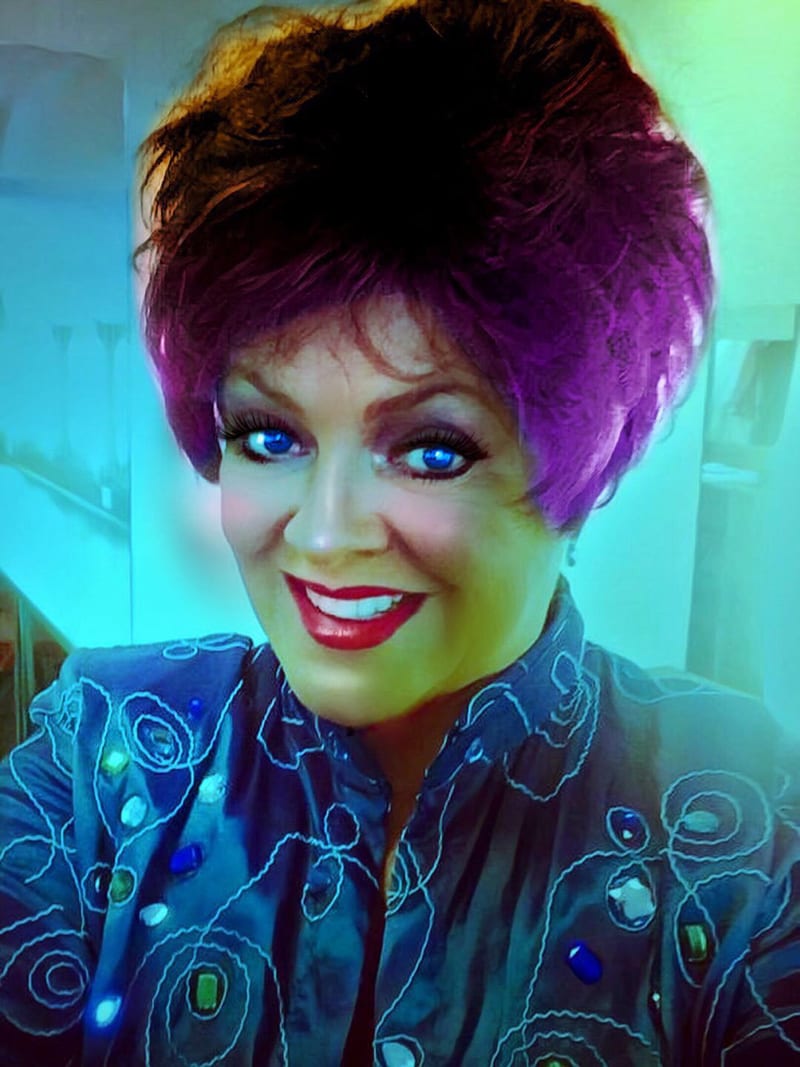 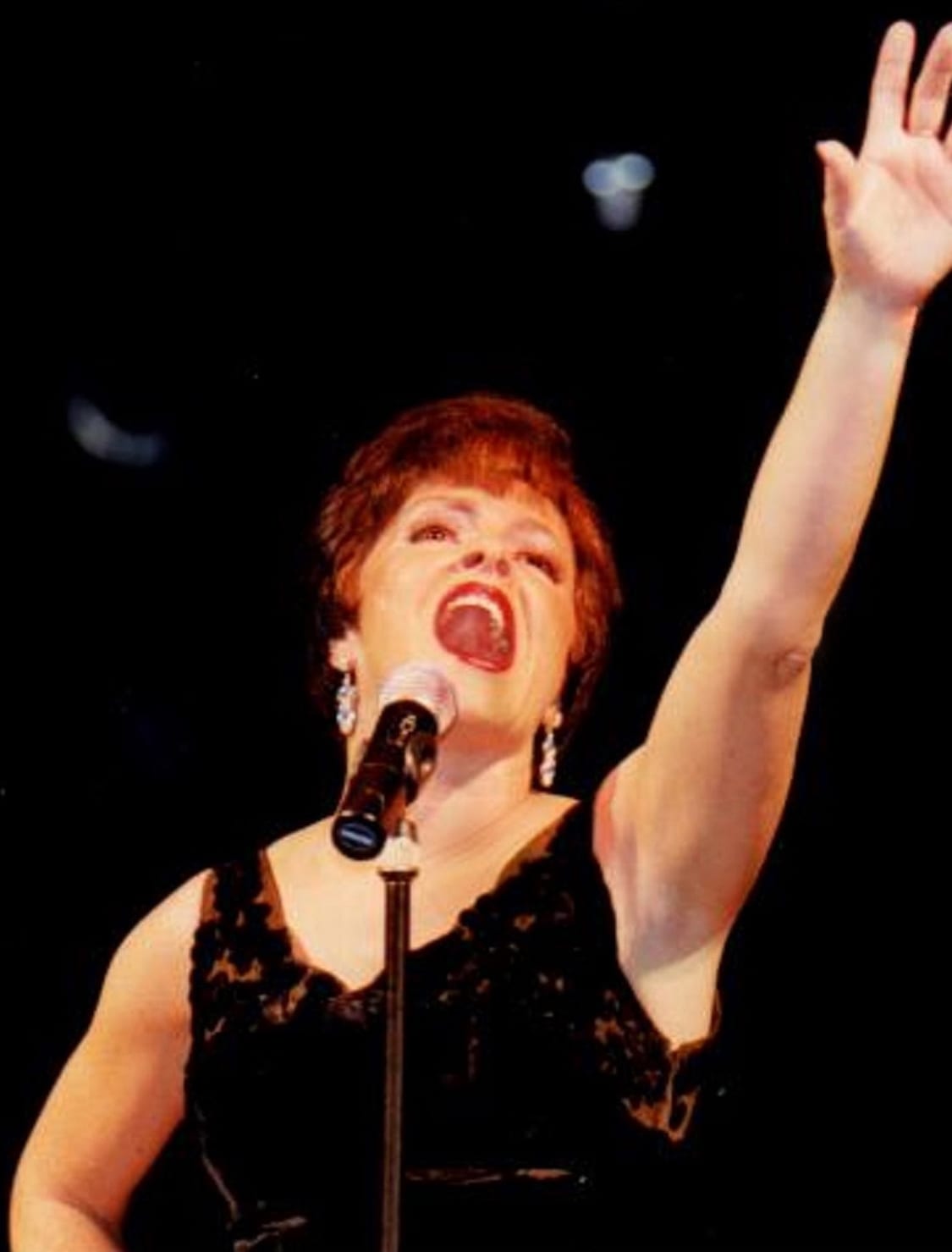 MELANIE PARRY starred as the singing VOICE of JUDY GARLAND, in the multi award winning Peter Allen TV Mini Series for Shine Endemol Productions in 2015.  The show was touted as one of the biggest TV events for the year!

MELANIE PARRY is also nationally and internationally known for her original muscial theatre show creation the ‘JUDY’, ‘The Judy Garland Story in Song’.

The show was officially launched in 1999, and has since won wide acclaim receiving standing ovations and rave reviews for her performances at the Monte Carlo Casino, Las Vegas, to the concert halls and theatre’s of Australia, Europe, United Kingdom and New Zealand.

It was from her reputation with this acclaimed show creation that drew producers to her stage show to cast her for this prestigious TV series singing role of the decade in order to recreat the VOICE of the legend JUDY GARLAND for some of the films iconic scenes.

In 2016, Melanie joined the cast of HIDDEN SYDNEY, The Glittering Mile musical for a special appearance playing Judy Garland’s in a scene recreated at the Silver Spade.

In her live JUDY stage show, the extraordinary voice of MELANIE PARRY brings to life the legend of Judy Garland in a full spellbinding concert dedicated to this magnificent star of Hollywood’s heyday.

You will hear the beautiful VOICE of MELANIE PARRY as she masterfully recreates many of the hits from the Judy Garland songbook, with “Zing Went the Strings”, “Somewhere Over the Rainbow”, “Get Happy”, “The Trolley Song”, “San Francisco”, “Swannee”, “You Made Me Love You”, “The Man That Got Away”, “Chicago”, “Just In Time”, “Rockabye” and so many more.

Melanie Parry transports her audience back in time as we hear of Garland’s career spanning the years from when she started performing at the age of 2, to her auditions with MGM, the golden years with Vincente Minnelli, who directed Judy in many of her most memorable MGM musicals, to the eventual split with Metro, her triumphant Concert Years with producer and manager Sid Luft, her dramatically demanding film role in A Star is Born, to her Carnegie Hall triumphs, and her children the incredible Liza Minnelli and Lorna Luft, to the glitz and glamour, triumphs & tragedies that was Judy’s life, to the final end with her tragic death in 1969 at the age of only 47 years.

Melanie Parry’s shows are renowned for including AV film footage and this show was the first of its kind to include clips of Judy Garland as Judy’s story is told, adding to the overall visual excitement and thrill as you see so many wonderful memories of Judy as she appeared in her many concerts and films.

Hop on a trolley and take a ride with the fabulous VOICE and sparkling personality of this sensational artiste, MELANIE PARRY as she sings the songs and brings to life the story of JUDY GARLAND like no other performer!!

The show is currently available with Musical Director incorporating a three piece ensemble to a full concert experience with a six to sixteen piece orchestra.

The show is in high demand for special events and Performing Arts Theatre show presentations nationally and worldwide.

A round of applause for Melanie Parry for the impeccable singing voice of Garland!…  Graeme Blundell   I   TV Writer   I   Sydney   I   The Australian

The vocals by Melanie Parry hit their mark!…  Graham Knox   I   TV Tonight

A fabulous show and a sensational performance by Melanie Parry, accompanied by her wonderful musicians.  She masterfully recreated the golden era of Hollywood transporting our patrons back to when Judy Garland was their #1 Star and box office attraction.  The show incorporated all of Judy’s songbook of famous songs, with narration and AV film clips which were expertly interwoven throughout the production.  Our patrons have not stopped talking about this show celebrating the life of the extraordinary performer, Judy Garland.  We hope to have a return to the DRTCC by Melanie Parry as soon as possible.

Thank you from all here at the DRTCC and our many patrons who came to your show, for such a wonderful performance Melanie…

Posted by The Casula Powerhouse Theatre

Our biggest thanks to Melanie and her wonderful supporting musicians.  The show was outstanding and the audience was abuzz with compliments.  Main comments were “wonderful” “extraordinary”, “beautiful voice”, “incredible songs” reminded them of songs they had grown up listening to.  During the final song patrons were standing to give Melanie an ovation for her remarkable performance.

The Cabaret Show comments I received from all delegates yesterday was overwhelming and excitingly positive, they could not find enough words of praise and joy.  One man said he had attended 41 conferences during his time in Lions and that was the best one ever, and could never better that performance!!  The praise just kept on coming and coming even from real blokey men who you would never expect to comment on Showbiz.  Some got quite emotional with words handshakes and hugs trying to express their words of emotions.  At the closing of Convention Awards yesterday the Convention Chair could hardly finish his words of praise for the Banquet as he was so moved with the success.  The District Governor Gordon Bailey from Townsville was so overwhelmed with the Show and said nothing could top that at any future Lions Convention.  Melanie thank you for ‘JUDY, A Life in Song’ accompanied by your amazing Musical Director on piano for entertaining us with your professional talents.  The memories and songs of Judy Garland will live on for Lions for many years to come.

I personally thank and admire your professional skills as an artist and as an Australian Icon.  Best wishes to you in appreciation…

Posted by The Brolga Theatre

Melanie Parry’s rendition of the late, great Judy Garland’s favourite songs can only be described as sensational and uncanny!!  This talented performer bears an amazing resemblance to the show business legend and patrons won’t be disappointed when she adds her own touch of magic to her ‘Judy’, The Judy Garland Story In Song.

The show is the next in the theatre’s hugely popular Morning Melodies series and follows hot on the heels of Julie Anthony’s sell-out performance at the Brolga.

While Judy Garland is gone, her music lives on in a glamorous stage show performed by Melanie Parry called ‘Judy’, The Judy Garland Story In Song.  Audiences will believe they’re really listening to Judy Garland as Melanie sings many of the songs that made the Wizard of Oz star famous including Somewhere Over the Rainbow, Zing went the Strings, Meet Me In St Louis, The Trolley Song, Me and My Gal, Get Happy, Swannee, Almost Like Being In Love, and many more.  Melanie Parry is an Australian performer with extensive credits both here and overseas.  One British critic described her as “the glamorous Australian songstress” and it’s not hard to see why.

Audiences in Las Vegas were captivated by her performance as Judy Garland in 2001 so much so that she returned the following year for an encore season.

Melanie Parry brings Judy Garland back into the spotlight with a show that delights and entrances audiences.  She weaves true magic as she re-creates the stage legend right before your eyes.  Parry’s voice is rich with the nuance of Garland and, as we learn the real story behind the legend, we are pulled ever deeper into the story through all the great Garland songs.  The audience was totally enthralled from the opening bars to the stirring final note and after the show the foyer was abuzz with nostalgia and the excitement of those who’ve just had a thoroughly good time.

Melanie Parry’s musical tribute delighted the audience as they really experienced the essence of Judy Garland on stage.

Melanie Parry has appeared at the Brolga Theatre, Maryborough, Queensland, on a number of occasions.  Melanie’s Concert , ‘Judy’, The Judy Garland Story In Song, was her most memorable to date.  The audience was enthralled by her vivacious soprano voice, as they were led down the Yellow Brick Road to “Somewhere Over The Rainbow”, Melanie’s renditions of the repertoire of Judy Garland, brought tears of joy to many members of the audience as they were taken back to the Wizard of Oz era.  The comments from the audience were invariably complimentary, exempli gratia, “She not only looks like Judy Garland but she sounds like her, and even LIZA MINNELLI as well!”, to “That was the most memorable and enjoyable Concert this year!”

I consider Melanie Parry to be a sophisticated, polished and true performer of Diva Status…

Rockhampton Venues and Events presented Melanie Parry’s, ‘Judy’, the Judy Garland Story In Song, as part of our concert series in October.  Attendances were above average for an entertainer who had not preciously performed at the venue.  The audience loved the show, warming to Ms Parry’s portrayal of Judy Garland from the outset.  The show itself was very professionally conceived and executed and seemed to strike a good balance between interesting anecdotes and musical numbers.

Melanie Parry brings Judy Garland back into the spotlight with a show that delights and entrances audiences.  She weaves true magic as she recreates the stage legend right before your eyes.  Parry’s voice is rich with the nuance of Garland and, as we learn the real story behind the legend, we are pulled ever deeper into the story through all the great Garland songs.  The audience was totally enthralled from the opening bars to the stirring final note and after the show the foyer was abuzz with nostalgia and the excitement of those who’d just had a thoroughly good time.

“Melanie Parry as Garland is sophisticated, polished and a true performer of diva status.”
“Melanie Parry’s rendition of the late, great Judy Garland’s favourite songs can only be described as sensational and uncanny!!”
“She weaves true magic as she recreates the stage legend right before your eyes.”
“Parry’s voice is rich with the nuance of Garland and, as we learn the real story behind the legend, we are pulled ever deeper into the story through all the great Garland songs…”